Design, fabrication & commissioning of signature sets for a news network

Suvarna News 24X7 is a Kannada news television channel started under the group of Asianet News Network Pvt Ltd., which is a part of Jupiter Media Entertainment Ventures. Suvarna News has emerged as a strong player to empower the voice of the common man and is a leader in its category. It has a significant presence in Social Media, including Facebook, Twitter, Google Plus.

CastleMedia provided end-to-end services for the design, development, construction & integration of a series of studios and signature sets including design-to-delivery of the necessary acoustics, electronics and studio infrastructure. The CastleMedia Technology & Projects team along with our empaneled creative designer delivered a total of three expansive studio environments and six modular sets.

The look and feel of the news sets was international so as to be aspirational in nature and catering to a discerning audience. A couple of the key sets were integrated with virtual studios to create interactive user experiences. 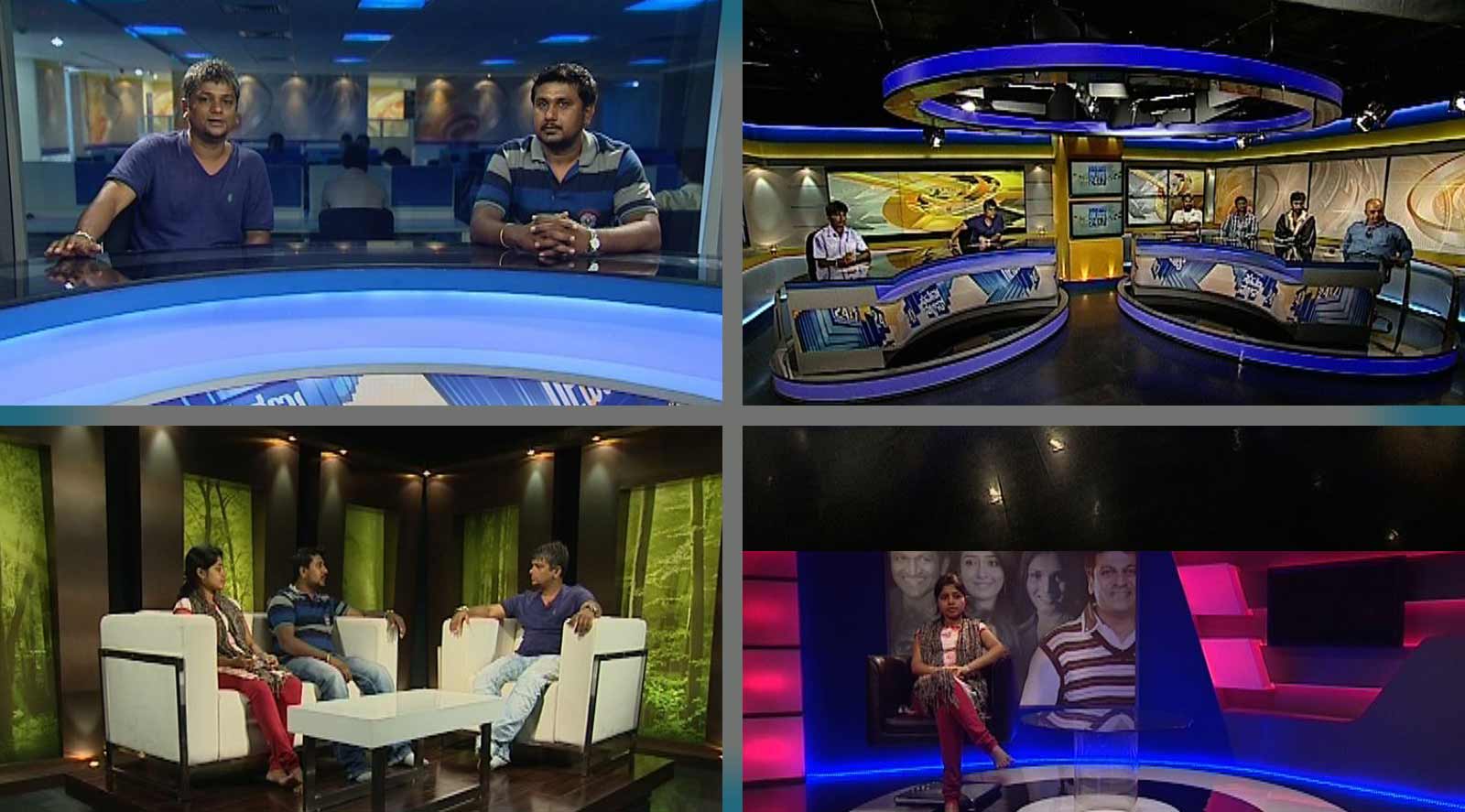